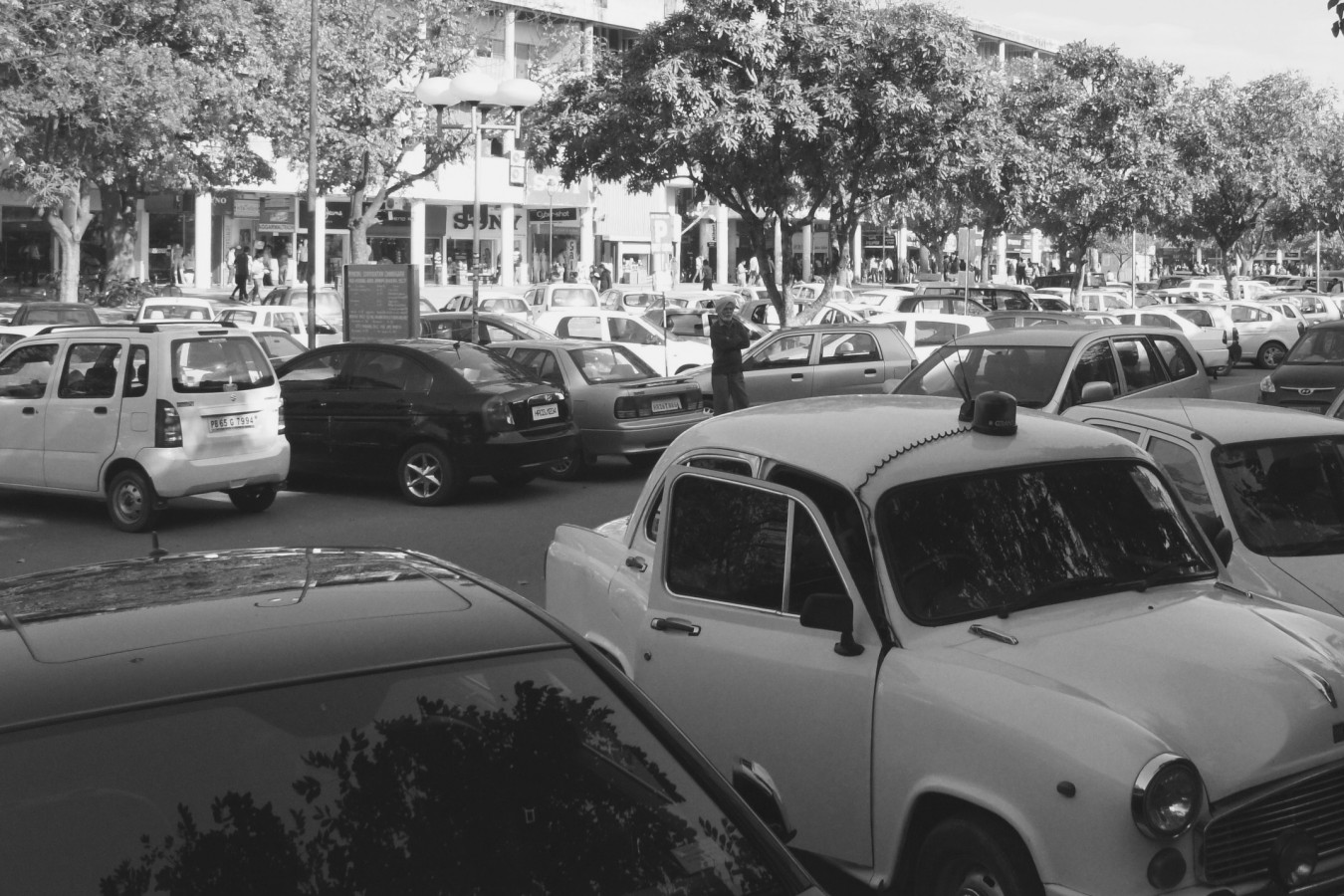 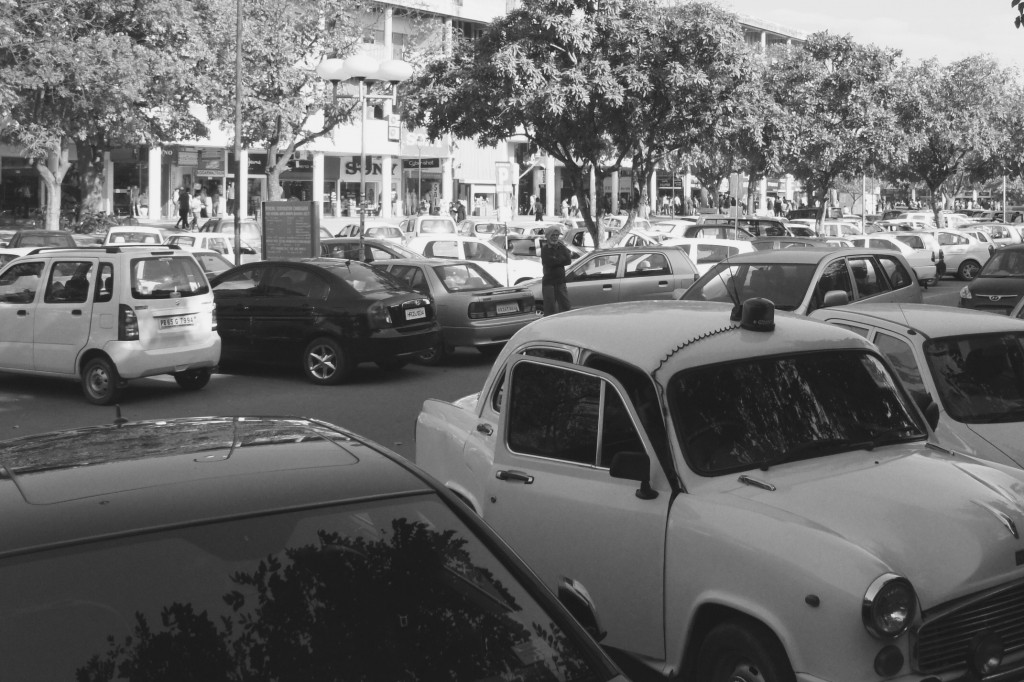 A necessary element of an auto-centric city is parking. Chandigarh’s master plan provides for parking nearly everywhere, from parks and schools to markets and houses. However, the daily influx of cars from outside the city and the high number of vehicles per household have resulted parking shortages in certain areas.

Large market areas, such as Sector 17 and the Madhya Marg markets, experience the most congestion. Although there are pay-to-park systems, lots are consistently full during the day, especially between 5-9pm. Smaller V4 market lots also fill quickly.

We found the parking shortage was often due to inefficient use of the lots, rather than lack of space. Drivers frequently ignore marked spaces, taking up as many as two full spaces with one vehicle. Consequently, a “full” lot will contain fewer cars than spaces.

Because of densification, parking for marla homes is often a problem as well. Designed for one family per house, two cars per family, these homes now house three or more families, each with at least one car. Drivers are thus forced to park on the streets, sidewalks or in public parks. 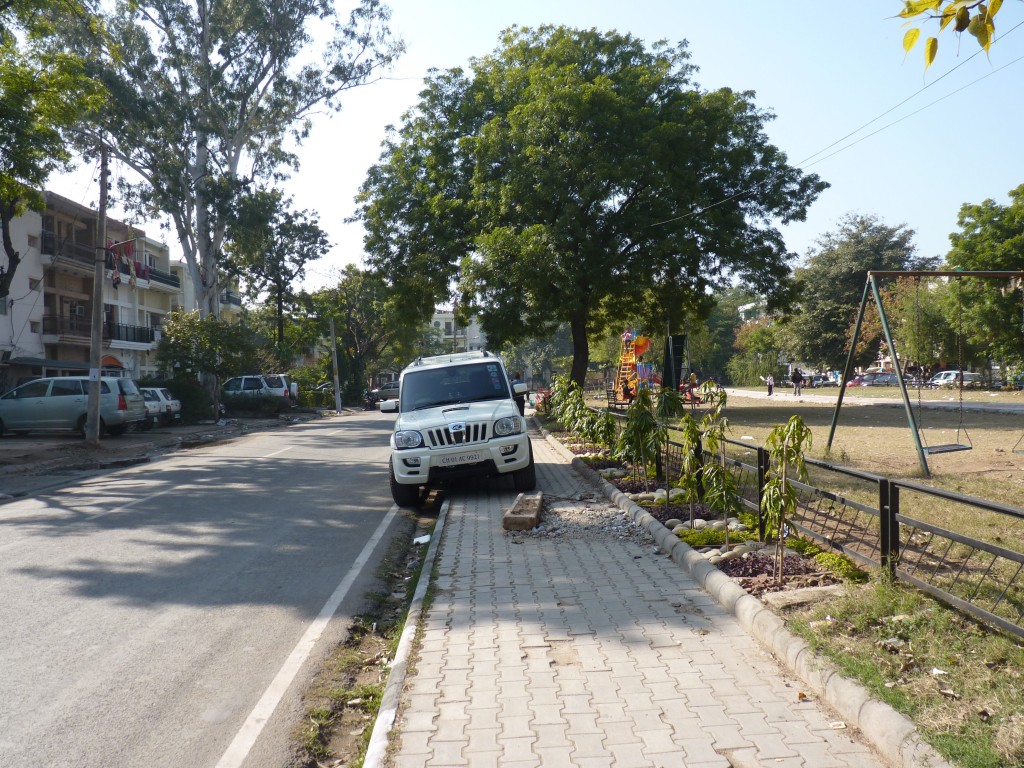 An extemporized parking job in Sector 15