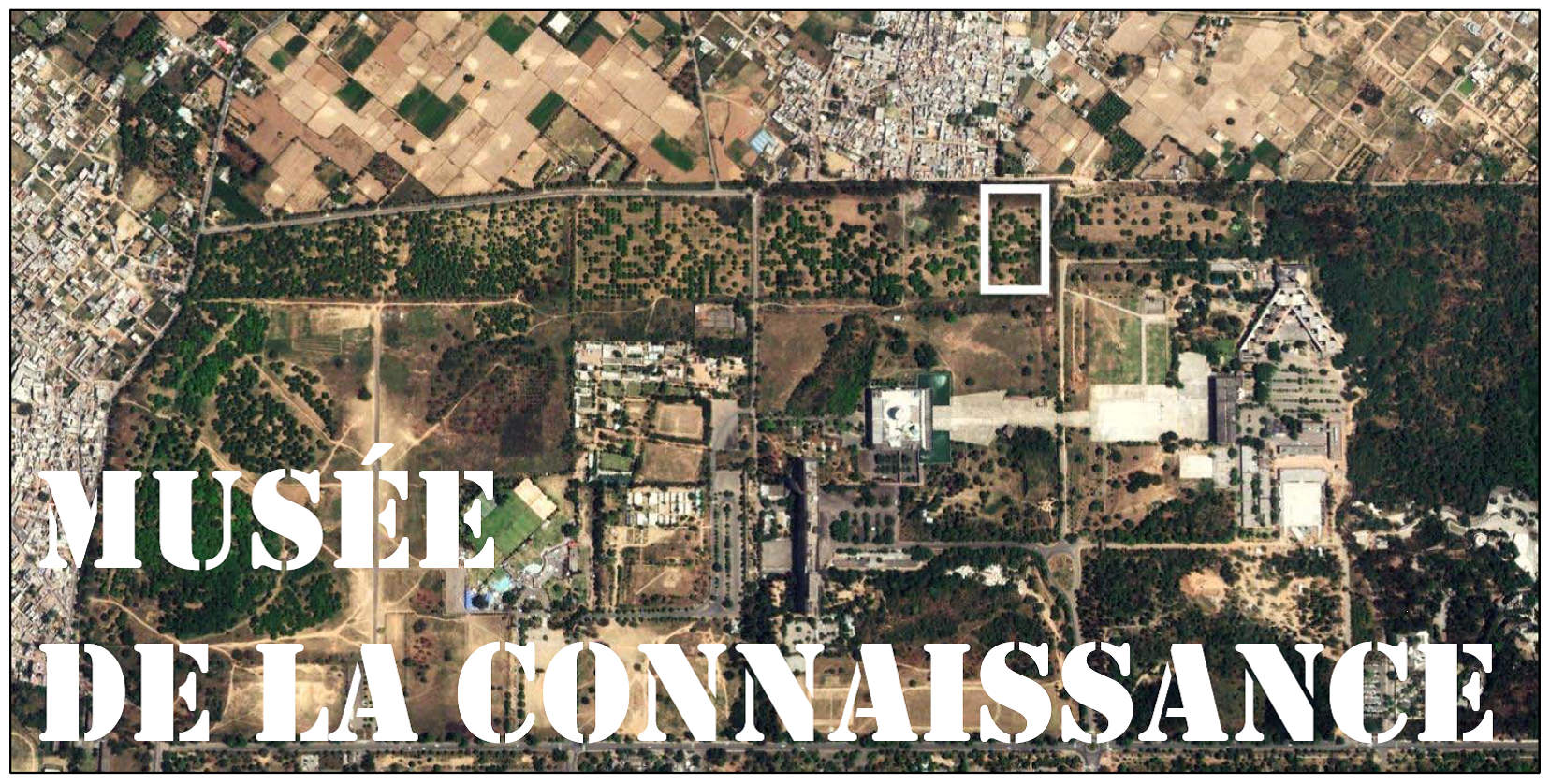 This is a live project..

Chandigarh’s Capitol Complex, designed by Le Corbusier, has an empty site, originally designated for a Governor’s Palace, and later replaced, bowing to the expectations of democratic representation, by a Musée de la Connaissance, usually translated as a ‘Museum of Knowledge’. This Musée will now be built by Chandigarh Administration, responding to preservationist pressures to ‘complete’ the Capitol.

We will make make specific proposals for the Musée that are both historically responsible but more importantly germane to our times. Here are the design parameters:

A. Programming. What is a “Connaissance/Knowledge” Insititute in the 21st century? Originally meant to house “round books”, or mainframe computers, as “aids to decision making”, today Chandigarh Administration is considering something like an ‘urbanization’ insititute. The administration does not want yet another library or museum for the city has enough of those. You will be asked to research and conceive an extraordinary program for an extraordinary building.

B. Preservation & Adaptive Reuse. Le Corbusier proposed two building forms on site, that of the Governor’s Palace and of the Museum of Knowledge. The former is more dramatic, the latter more boxy. The preservationists want to build the Governor’s Palace form, but call it the Museum of Knowledge. You will welcome to pick one – or none – and adapt the basic shell of the building to your program.

C. Landscape Urbanism/Deruralization. The context of the site has altered dramatically from when it was originally built in the 1950s. A rapidly expanding rural landscape now defines its Northern edge, while the civic plaza and common greens that envelope the site are degenerating into parking lots and wastelands. Given current interests in rural-urban integration, food security and urban citizenship – or deruralization – you will be asked to envisage a new landscape for the Capitol.

museum (n.) 1610s, “the university building in Alexandria,” from Latin museum “library, study,” from Greek mouseion “place of study, library or museum, school of art or poetry,” originally “a seat or shrine of the Muses,” from Mousa “Muse”. Earliest use in English institutions refers to libraries (e.g. the British Museum).