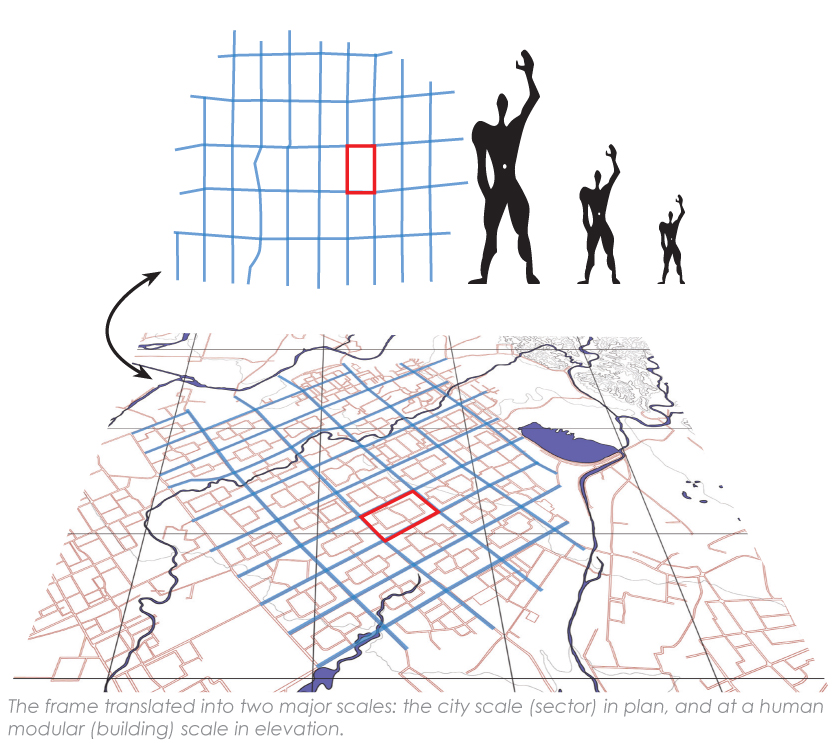 Created from a tabula rasa, Chandigarh presented an opportunity to design every aspect of the plan and original buildings. With a single team of architects controlling the design of commercial buildings, government-­owned housing, and government facilities, a common formal language was used to define and regulate the character of the city and its streets. Thus, aesthetic legislation for the city’s framework was established from the very beginning of Chandigarh.

As private infill development populated the sector lots, what resulted were the beginnings of a stylistic jumble of street façades, presenting a stark contrast to the newly minted rational city. The subjective aesthetic choice of individuals reveals an inherent private property contradiction: preserving an individual’s right to personal aesthetic is at odds with preventing external effects on adjacent properties.

With 70% of the city to be constructed through private development, the architects and planners conceptualized a series of architectural regulations meant to preserve the street picture. These regulations became legislation in 1958 as the first version of frame control on privately owned residential plots up to 10 marla in size.

In many respects, Modernism can be seen as a design strategy to be implemented at a variety of scales. In Chandigarh, this strategy manifests itself through the ‘frame’ as the organizing element of the city, producing an intersection of gridlines that are superimposed onto the various scales that comprise the public realm.

The largest frame is evident at the urban scale -­ the sector. The sector frame in plan provides the boundaries of daily life activities, with each sector designed to be self-sufficient. The smaller frames operate at the human scale from the building envelope frame down to the windows, doors, and construction details. At this scale, the frame, when repeated across the city, provides the harmony that the original architects sought by unifying the urban street facade that defines the public realm. 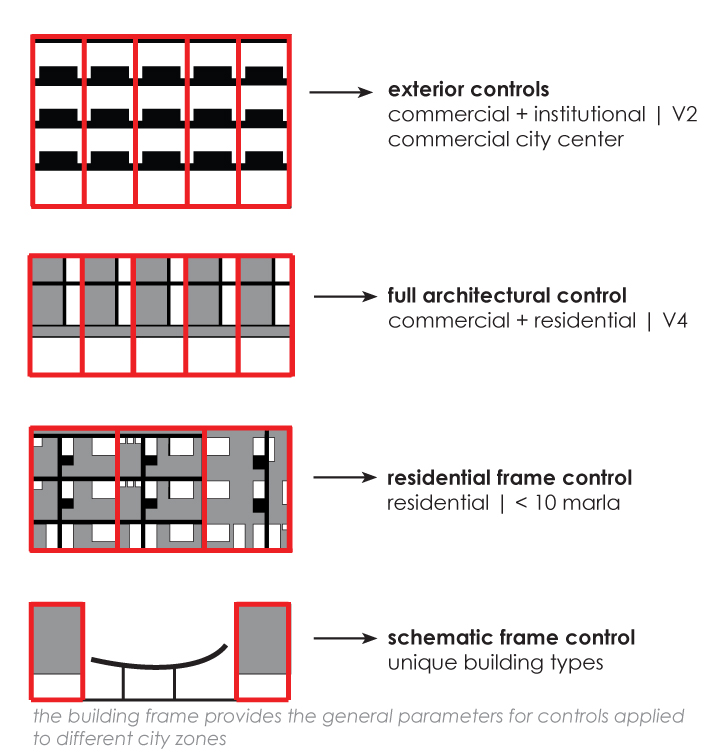 The building frame scale is regulated by Chandigarh’s architectural controls, which are broken into four main categories. Along the V2 streets and in the commercial city center, a system of architectural and construction controls were placed on all buildings. Residential and commercial structures along the V4 market streets are regulated by full architectural controls. Residential plots up to 10 marla in size are governed by frame controls concerning the façade. Schematic controls are applied to special purpose buildings like petrol pumps and cinemas that do not fall under other categories.