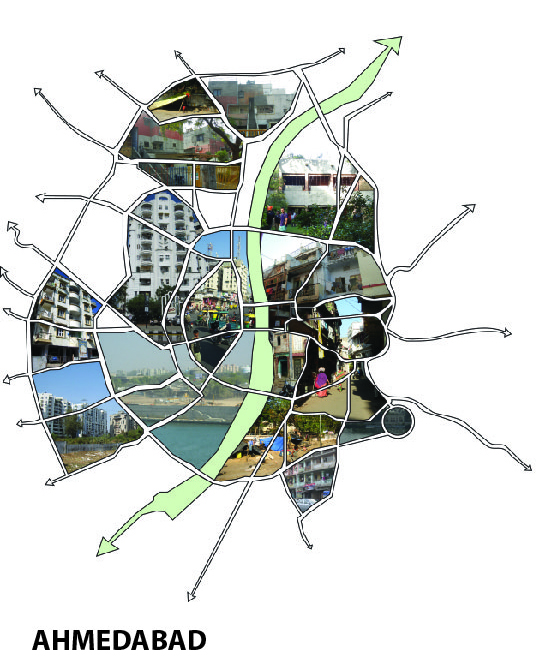 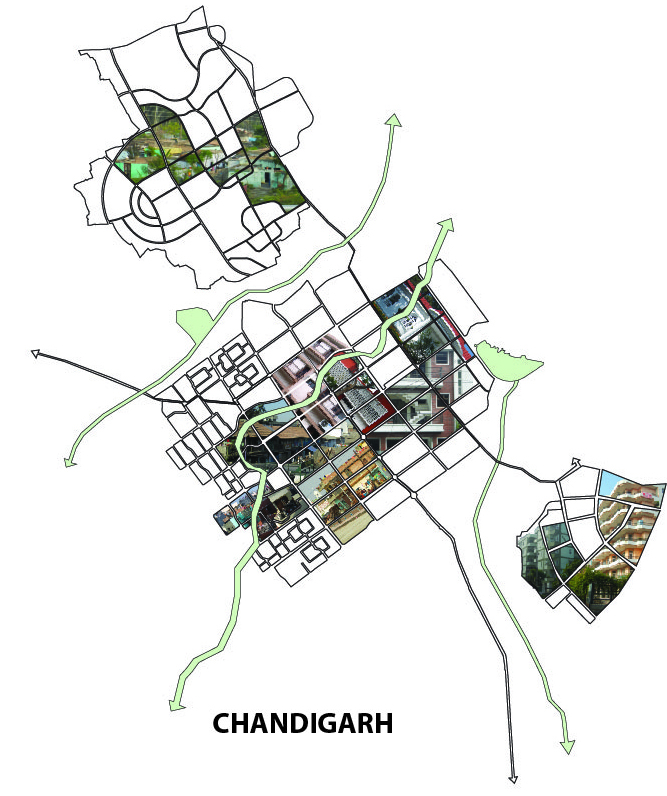 In terms of housing being a factor in forming the urban character of a city, there is significant contrast between the formal distribution of housing types in Chandigarh and the informal integration of diverse housing types in Ahmedabad. These diagrams illustrate the varied housing distribution in the two Indian cities. In Chandigarh the zoning of housing is clearly prescribed through Le Corbusier’s thoroughly designed sector model. Housing is often restricted to similar types of residential units and very little disparity exists between economic levels in a given sector. A history of aesthetic legislation in both residential and commercial buildings within Chandigarh has led to a fairly cohesive material palette and predictable massing. Unlike the strictly organized and highly designed housing types of Chandigarh, Ahmedabad is characterized by much higher density, mixed use units with residential located over commercial space, and a lack of zoning restrictions on the types of housing developed.  In both cities, high-rise housing occurs outside of the original city. To accommodate for future growth and enhance the sense of community in Chandigarh, there may be lessons to learn from the patterns of housing observed in Ahmedabad.