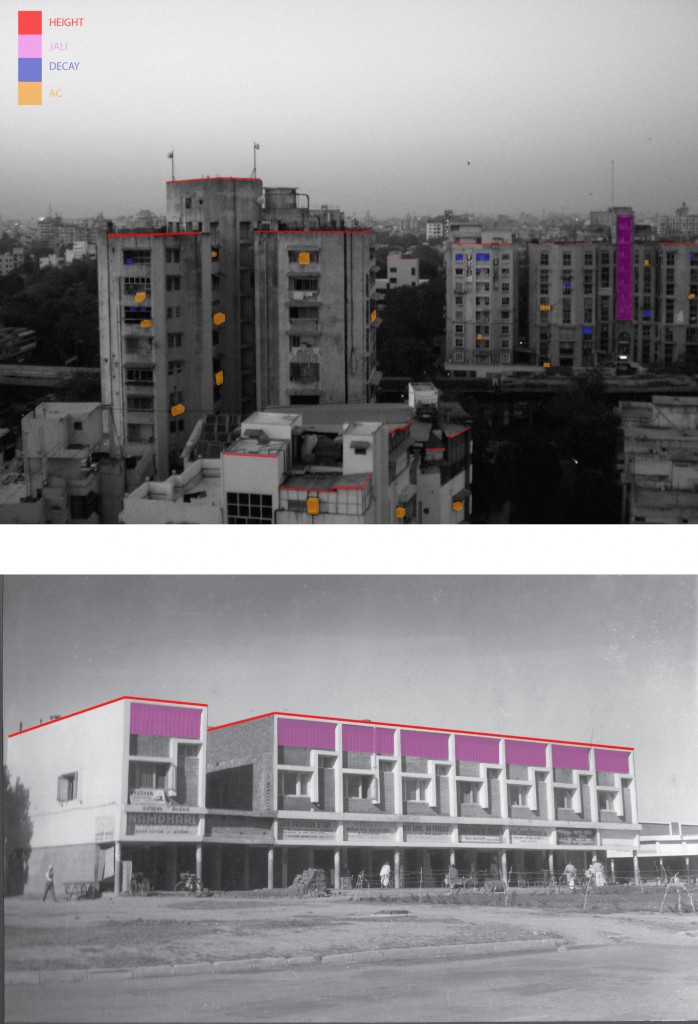 Amidst the hoards of tuk-tuks, the accumulation of irregular buildings, the shops spilling out onto the crowded streets is the city of Ahmadabad, a city of urban organics and vitality. Standing in the chaos of Ahmadabad one can gain a much better sense of Chandigarh. Often considered the ‘city beautiful,’ Chan- digarh is undoubtedly a city bursting with logic and clarity. Evenly distributed in gridlocked harmony this regimented style gives the housing a monotonous effect. This planned style was deeply contrasted in Ah- madabad where the city has grown informally over time.

Such a comparison of urban landscapes provides insight into the housing developments that each city has implemented. Housing typologies in Ahmadabad mostly fall under the categories of modern high rise, or well-aged apartment complexes, with designs optimized for high-density, economy, and efficiency. The lack of building ordinances and height restrictions has fashioned a city of asymmetry and irregularity, proof of the city’s unrefined growth over its longstanding history. Sharply juxtaposed to Ahmadabad’s fluc- tuating skyline is the uniformity of Chandigarh, so evident in the Marla houses flanking the city’s avenues. Corbusier’s highly designed urban ordinances have shaped a city of symmetry and equality, intended to embody the qualities of a sovereign Indian democracy. 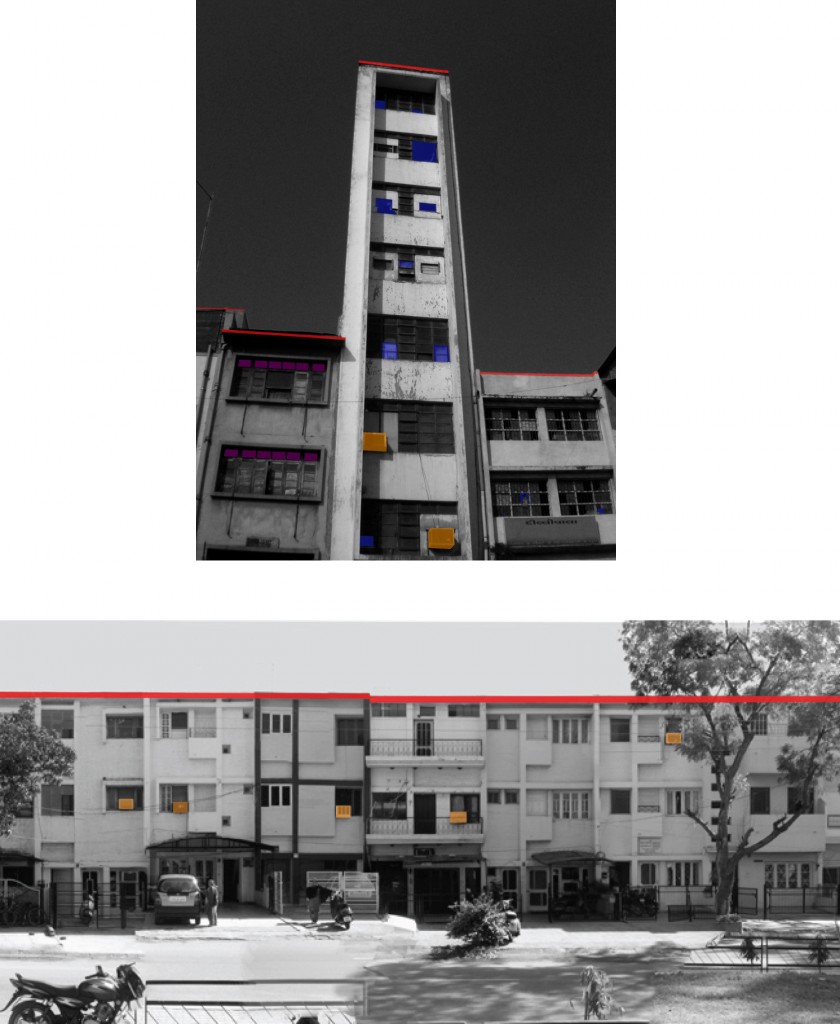 Travelling to Gujarat helped broaden our understanding of housing in India and gave us insight into how to generate a more successful mode of living to future generations. It is evident in Ahmadabad that a city can successful grow with the changing needs of the time. Chandigarh’s housing is caught in the needs of past generations. A mode of housing that can develop more organically with each successive generations expansion should be realized. Chandigarh must loss some its of its regimented identity to become a place where all societal classes have the freedom to achieve their goals in this democratic Indian city.