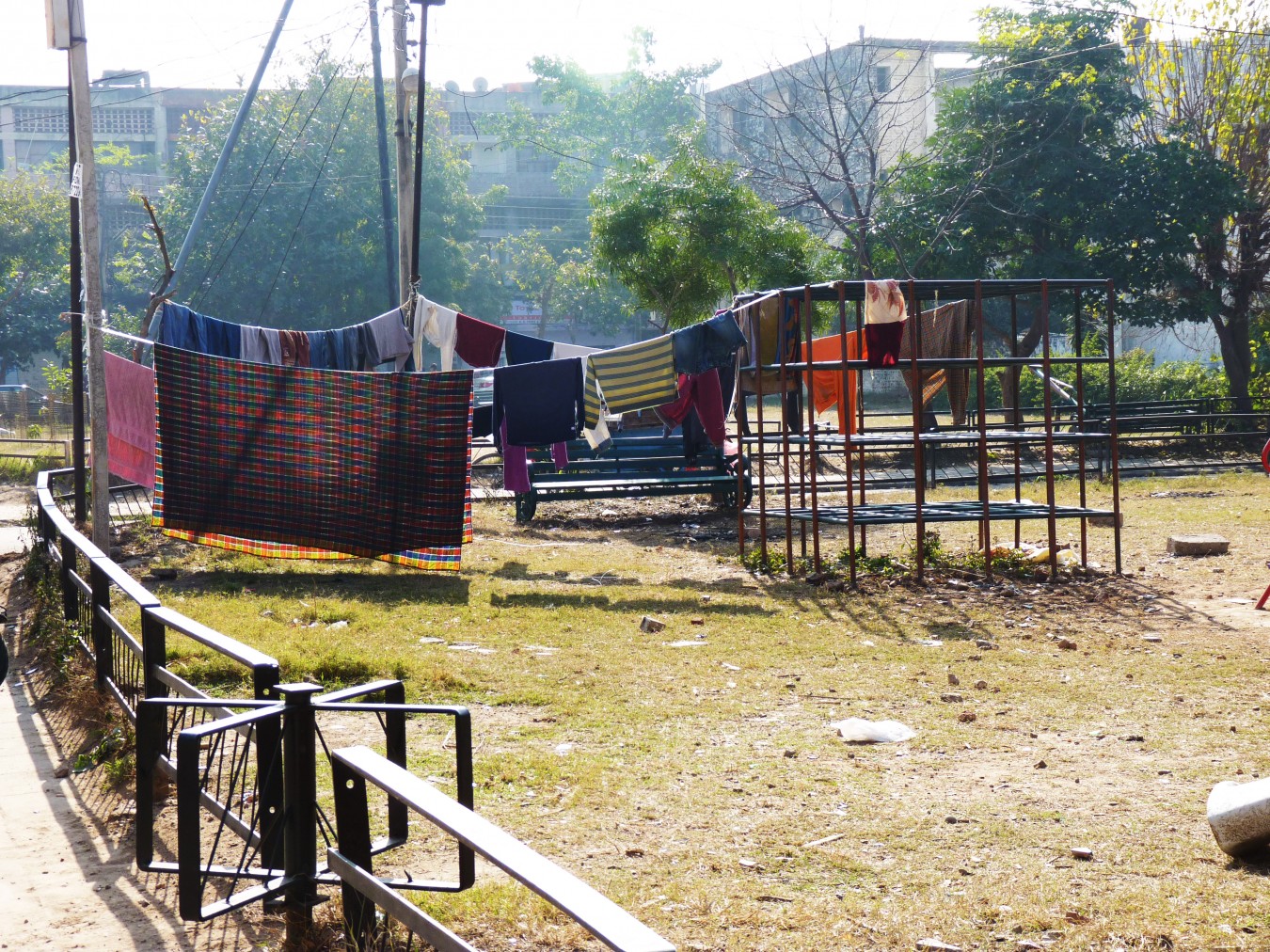 Pedestrians are neglected in Chandigarh. The road system favors cars and faster moving traffic, and pedestrians often do without their own paved paths. The existing paths are often uneven, broken by trees, drainage, or fences. Pedestrians in the city often make their own paths, going the shortest distance, or making their own routes to avoid the more gridded roads.

Paved sidewalks often have so many obstacles or barriers separating them from streets and intersections that pedestrians often choose the street over the sidewalk. All roads should have a pedestrian walking path. Also, major dirt paths should also be paved for the convenience of the pedestrian. Thought should be given to how the sidewalks meet each other and streets. 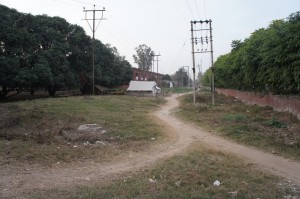 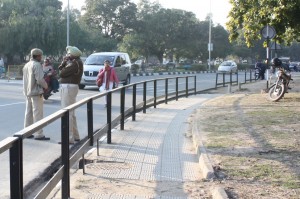 Barriers and uneven paving force pedestrians onto the streets

Thanks to the city’s abundant green spaces, desire lines created from years of foot traffic are ubiquitous in all sectors. This is especially true along V3s, V2s and parks near the boundaries of sectors. Additionally, broken walls and fences show a pattern of where pedestrians have added porosity to the walled-in sectors. A common pattern of pathways appears at most roundabouts as pedestrians optimize their paths in relation to the difficulty of crossing the intersections. These desire-line patterns should be the basis for the pedestrian network of V7s in Chandigarh. 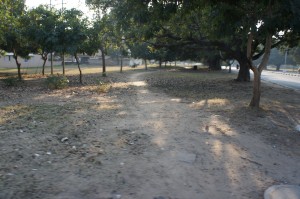 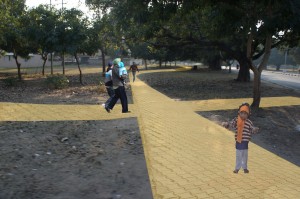 Proposed paving based on desire lines

Pedestrian networks within sectors should also formalize and connect existing routes. We propose a path hierarchy that links neighborhoods to common sector destinations, as well as to the rest of the city via the perimeter routes. This network should be identifiable through the use of unique paving, lighting, crosswalks, etc. 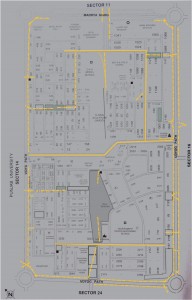 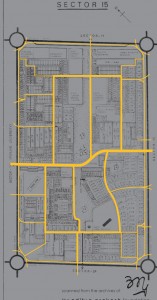 Because pedestrians walk with the traffic grid when travelling longer distances, the pedestrian network should reflect this pattern. Street crossings should be included to link each sector and maintain continuity and ease of movement. Finally, an essential element to a new pedestrian network is sector porosity. Illegal breaks in fences and walls delineating the edges of sectors are ubiquitous in the city. These openings are essential for efficient movement in and out of a sector, linking each sector network to the rest of the city.