Knowledge is borne from the sharing of ideas, and the acts of investigation and reply as introduced by Le Corbusier in his vision for the Museum of Knowledge. Investigation and reply are integral parts of performance as well, becoming analogous to the performers and the audience. This plan for the Museum of Knowledge does not provide a singular place for knowledge, but transforms the Capitol Complex into a stage for life and spontaneity by introducing urban performance infrastructure.

The exploration of spontaneity within the master-planned framework of the Capitol Complex was inspired by another Le Corbusier design – le Theatre Spontane – the Spontaneous Theater. Corbusier designed a flexible space that could support many performance types within its rigid walls. 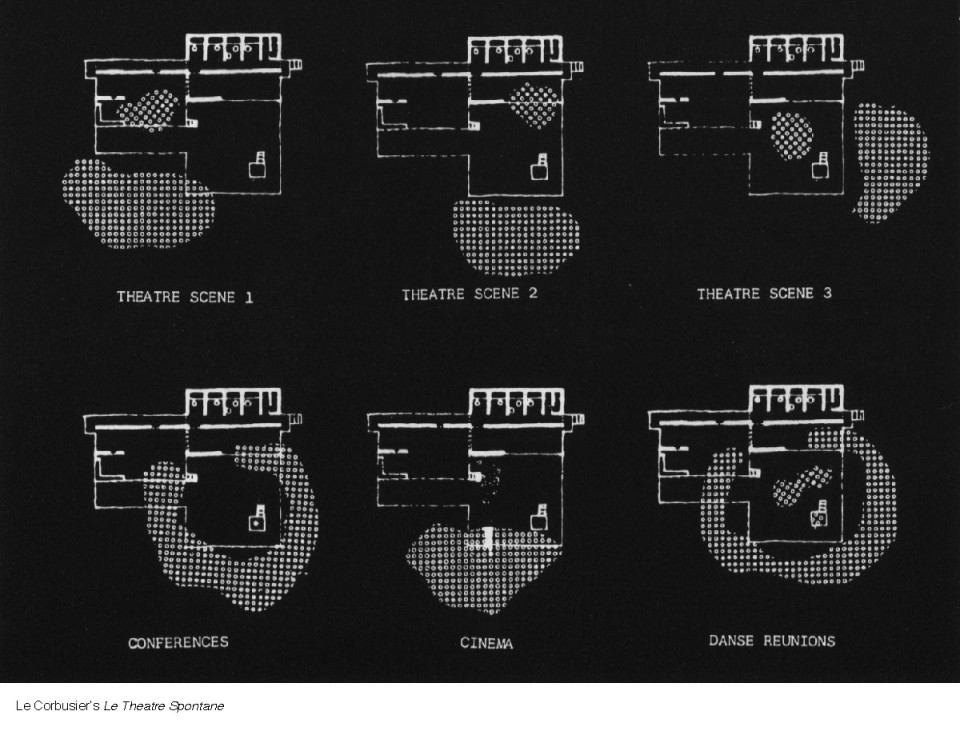 The geometric site exploration was translated into an artwork by creating a relief model of the plan overlay. This gave the two-dimensional diagram depth and hierarchy. The composition of the artwork gave a new perspective on the site and the geometric relationships between the Capitol’s buildings and monuments. The artwork was then recreated, and in the spirit of rehearsal it was the differences between the first model and second model that revealed opportunities for the finished site plan and design.

The design of the urban performance park was intended to be a balance of water elements, green space, and pathways. These site features were overlaid with the site geometries to achieve a cohesive network of spaces that encouraged urban performance, both spontaneous and planned.

There are four main areas in the plan that will draw the public into the Capitol Complex and create an urban environment that lends itself to spontaneity: 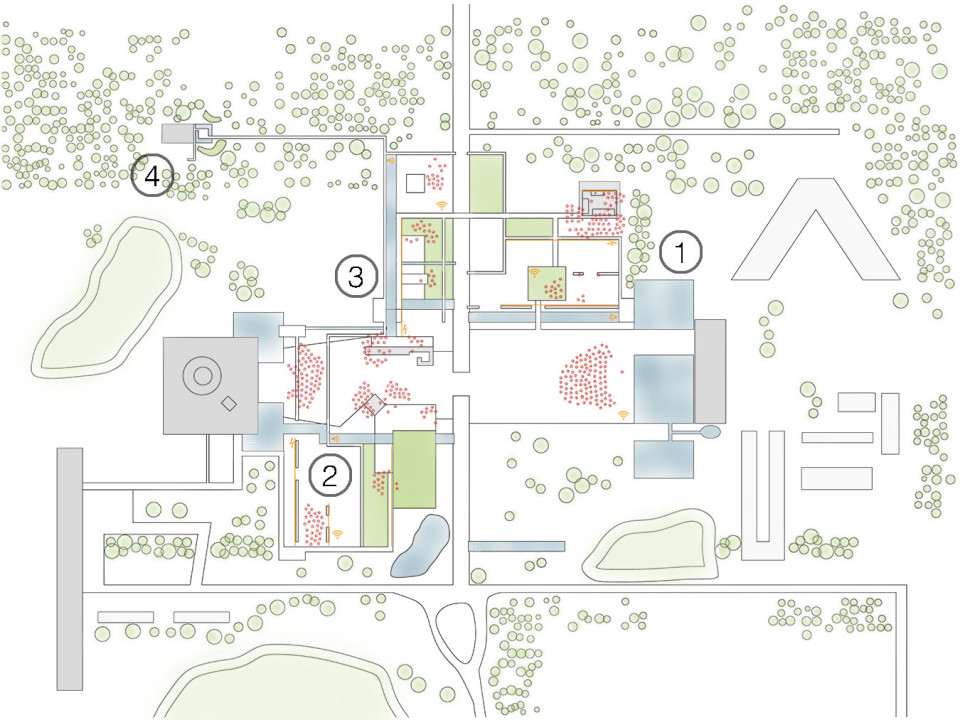 1 – the discourse and debate lawn: adjacent to the Open Hand monument, a symbol of giving and receiving knowledge, this is a space for speeches and the exchange of ideas

2 – the event lawn: this space includes infrastructure for cinema projection and enclosed events

3 – the urban performance park: this space is connected to both lawns by a network of plazas, bridges, and pathways. The park itself is a series of stages that can function in multiple ways and allow flexibility between the performer and the audience

4 – the Miracle Box: another Le Corbusier design that will act as a black box style theater and multi-media performance venue

The site will remain largely un-programmed while providing the infrastructure and the opportunity for several kinds of use. 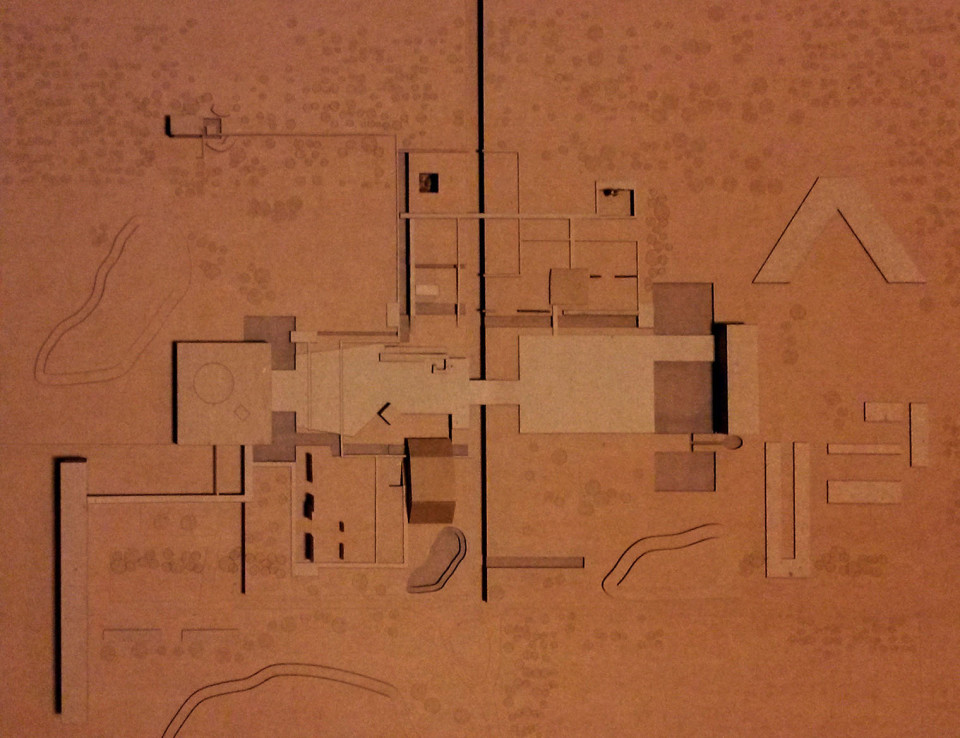