INTRODUCTION
Le Corbusier’s famous Capitol Complex in Chandigarh is about to be ruined by the construction of 27 towers (19 in first phase), each between 12 and 36 storeys tall, on land located just to its north. This project, called ‘TATA Camelot’, is being developed by TATA Housing, the real estate wing of TATA Sons, one of the largest industrial houses of India. This petition to stop TATA Camelot is directed at Ratan Tata, Chairman (Emeritus) of TATA Sons, who is an architect (Cornell ’62), and Pritzker Prize jurist.

ARGUMENT
1. The transparent relationship between the Capitol buildings and the agro-pastoral landscape and the Himalayas to its north, is an integral part of the design of the Capitol Complex. Le Corbusier documented this extensively, and carefully controlled all development in this area to ensure that it did not interfere with this relationship. He even moved the Prime Minister Jawaharlal Nehru to prevent the building of a military cantonment within the sightlines of the Capitol. (See Documentation below.)

2. Due to political exigencies (i.e. the redrawing of state boundaries in 1966), a portion of the land just to the North of the Capitol is no longer under the jurisdiction of Chandigarh Administration, but under that of the state of Punjab. The TATA Camelot project exploits this loophole to cash in on the exorbitant real-estate values of Chandigarh by proposing the construction of this high-rise residential tower complex. More than a hundred members of the Punjab legislature are shareholders in the project, raising questions of due process. (Click for Newsmedia Report.)

3. While TATA Housing claims that its towers are “green”, a development of the size of Tata Camelot will severely disrupt the sensitive hydrology, natural habitats and rural ecologies of the area around it. It proposed on land that is at the very first flats at the foothills of the Himalayas. It is immediately adjacent to a national reserved forest. It is sited on former riverbed, created by diverting an intermittent river. Sukhna Lake, the pre-eminent public space of the city and a renowned wild-life sanctuary, is located just to its east. Three villages and extensive farmlands abut it. If this project is approved, it will set a precedent making it impossible to prevent other similar developments in this area. (See Documentation below.)

4. Chandigarh was a prominent part of Jawaharlal Nehru’s postcolonial vision for independent India. It was designed by Le Corbusier (along with a team of other European and Indian architects and planners) and is a signature destination of global modernism and the founding of the Indian nation. J.R.D. Tata, Mr. Ratan Tata’s predecessor, was an integral collaborator on this project, flying Le Corbusier on Air India regularly, and hosting him routinely in Bombay (now Mumbai). The democratic values of the Indian nation-state, and of modernism, enshrined in the Capitol Complex deserve to be protected.

5. Since two previous attempts to reach Mr. Tata and the senior management of TATA Sons have failed to resolve this issue, and while a legal argument is pending in the courts, this online petition is designed to appeal to Mr. Tata publicly.

IF you encounter an error message while signing the petition, please contact me at savechandigarhcapitol@gmail.com. Thanks!

1. Early sketch by Le Corbusier (4th May 1952) establishing the fundamental relationship between the mountains and Chandigarh, with the Capitol Complex at the head. 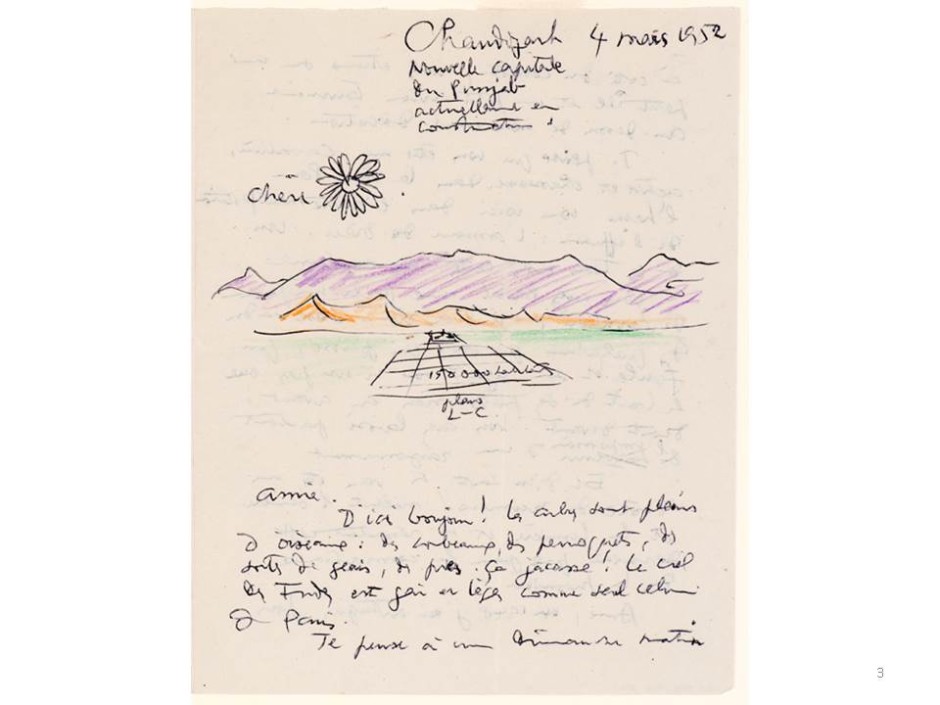 2. Chandigarh Capital Project Model studying the relationship between the Himalayan hydrology and the city. 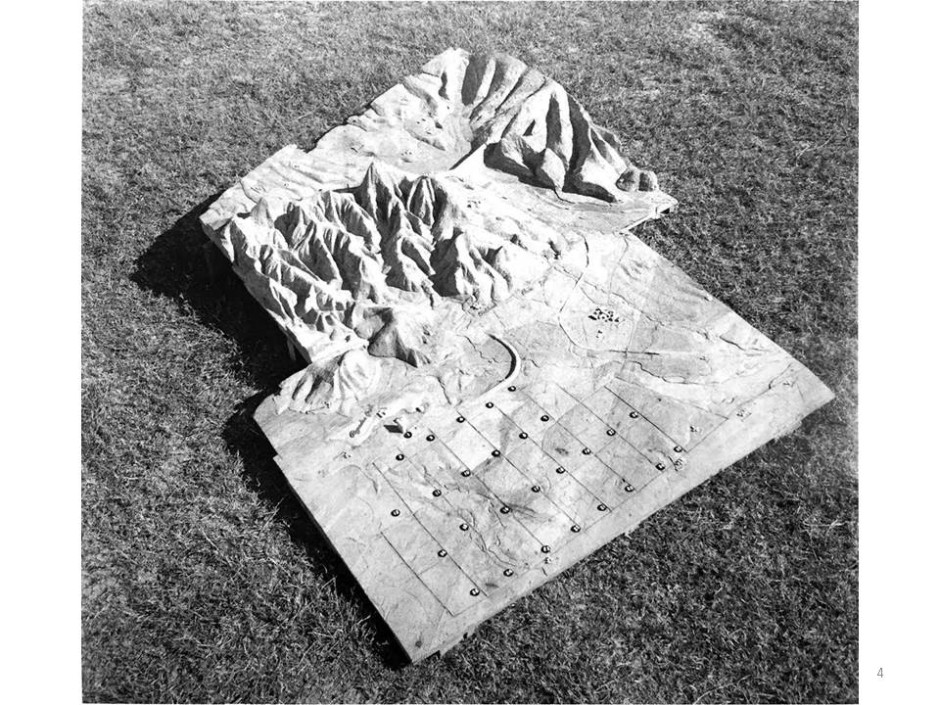 3. Aerial overlay of the city today, with the plan, showing the integral relationship between the ecology of the site and the city.

4. The Capitol plan and site elevation, establishing the immediacy and transparency of the visual relationship between the Capitol buildings and the mountains beyond. 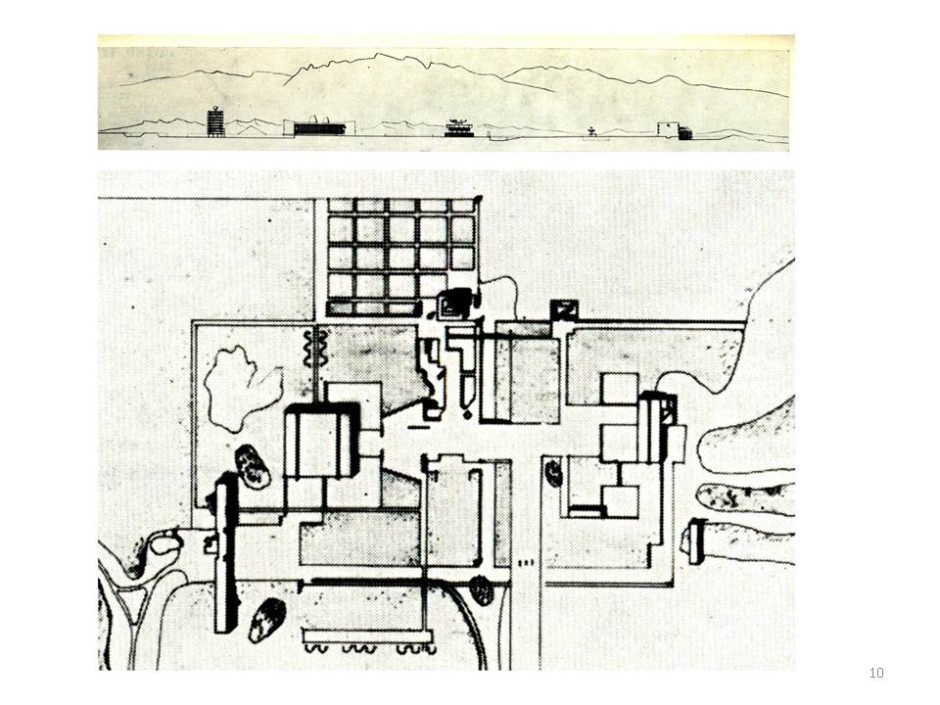 5. Another Capitol plan and site elevation, establishing the immediacy and transparency of the visual relationship between the Capitol buildings and the mountains beyond. 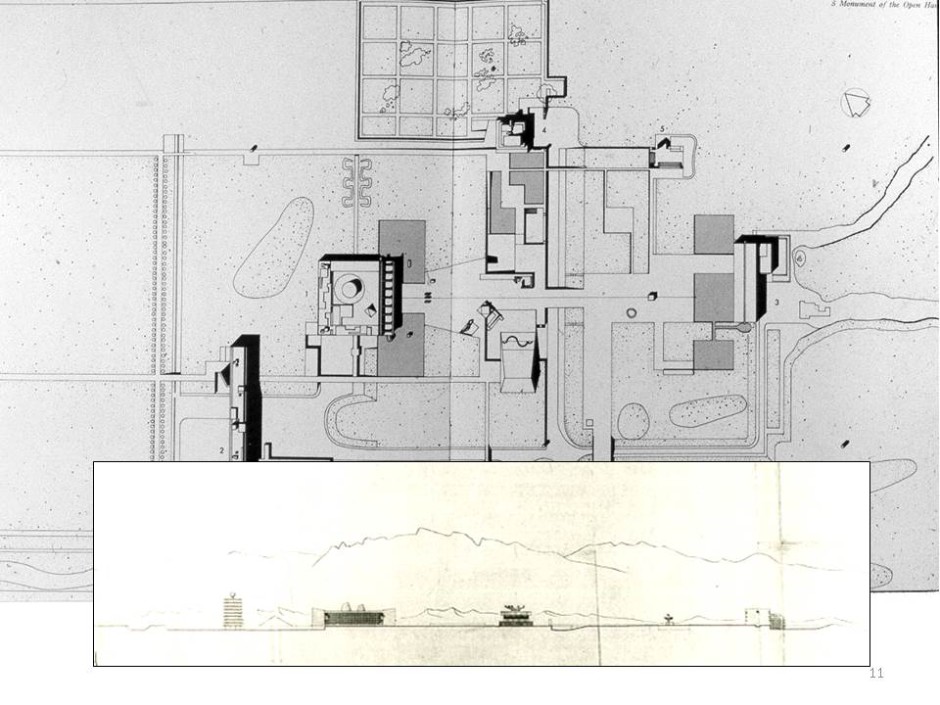 7. Historic photo of the Secretariat under construction with the agro-pastoral landscape and the mountains beyond. 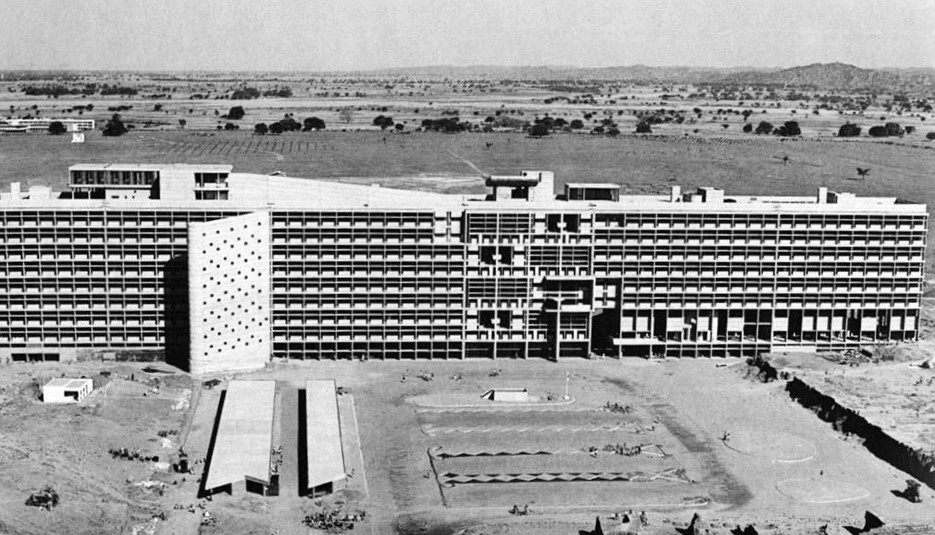 8. Historic photo of the High Court under construction with the agro-pastoral landscape and the mountains beyond. 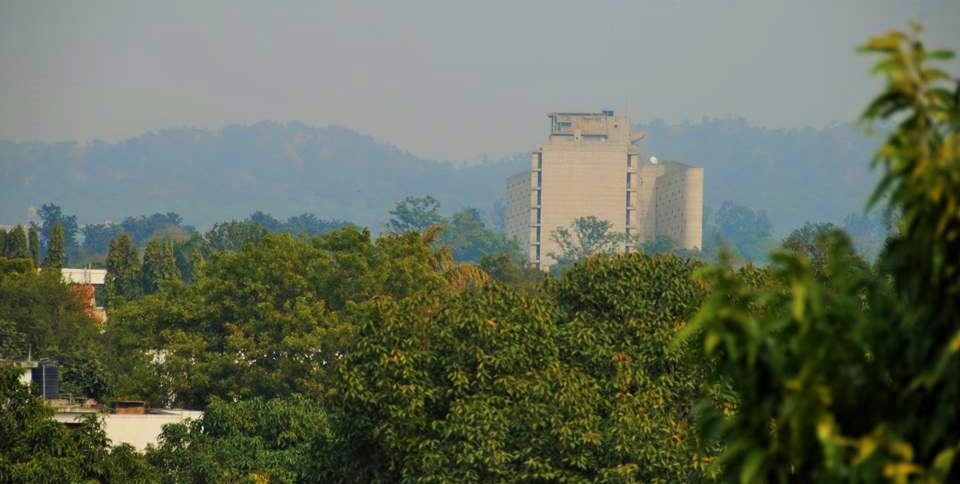 10. The Secretariat and the Assembly today.

11. The site of TATA Camelot, relative to the Capitol Complex and the Lake. 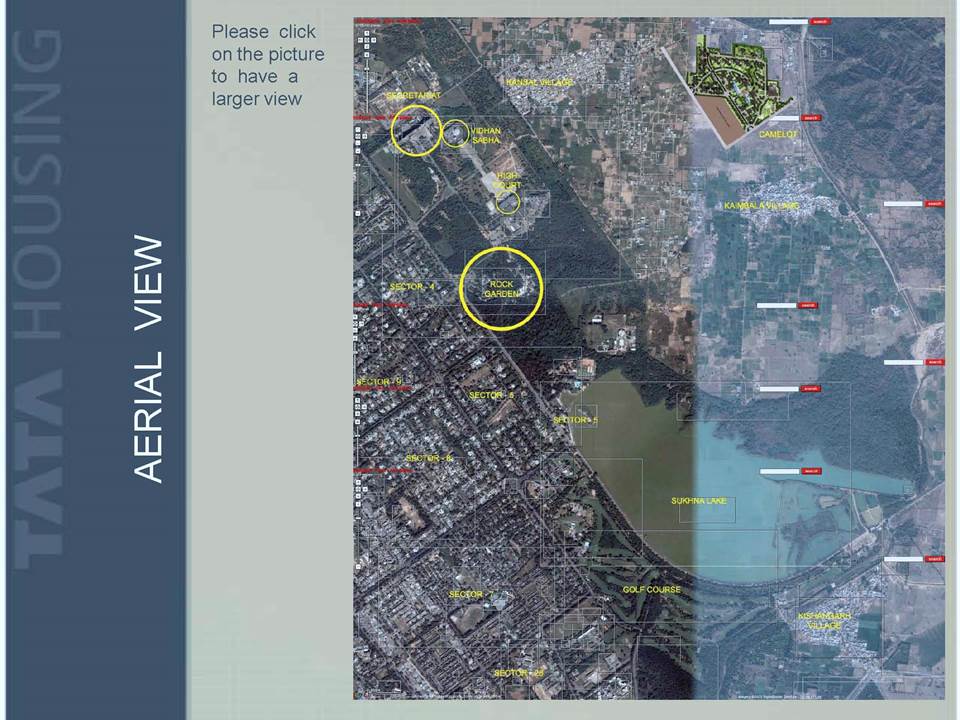 12. SOME of the towers of TATA Camelot. 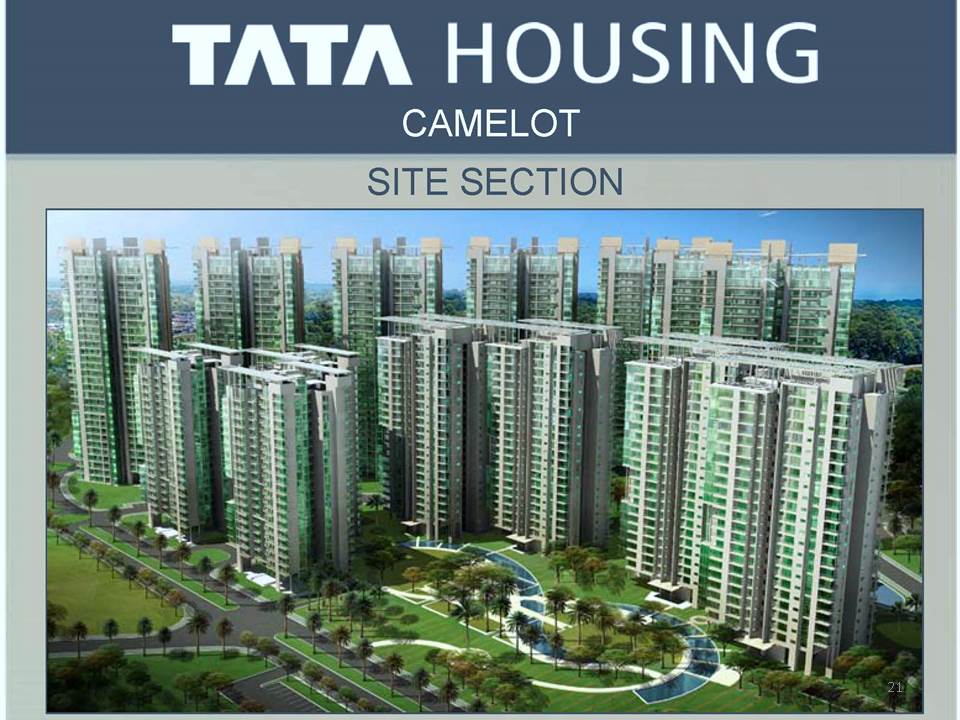 13. Rough profile of TATA Camelot as inserted into Le Corbusier’s sketch of the Capitol.

14. Sectional and cross-sectional relationship of the Capitol to the TATA Camelot Towers. 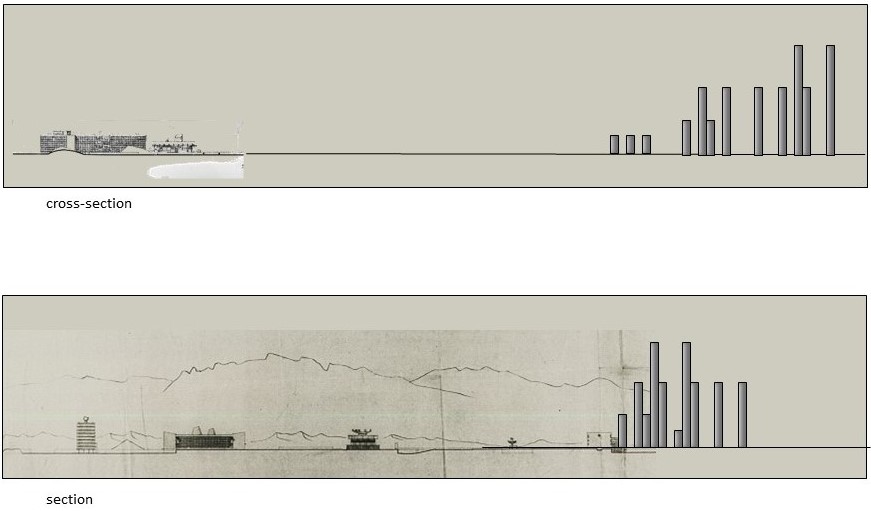 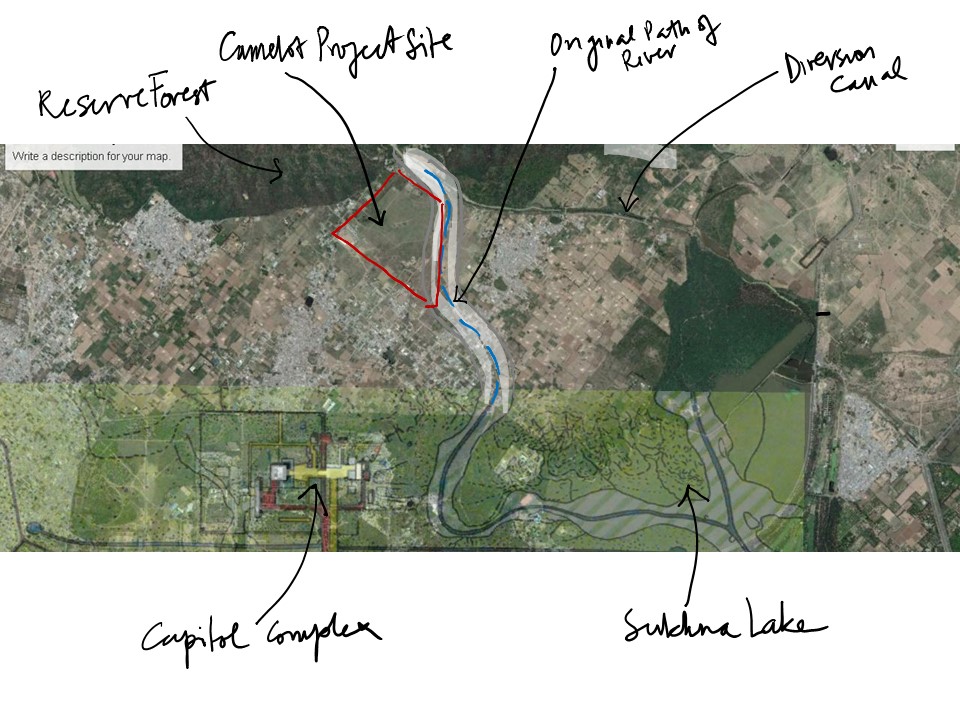 16. Historic image showing where the river used to flow (now the site of TATA Camelot), with the Capitol and the mountains beyond. 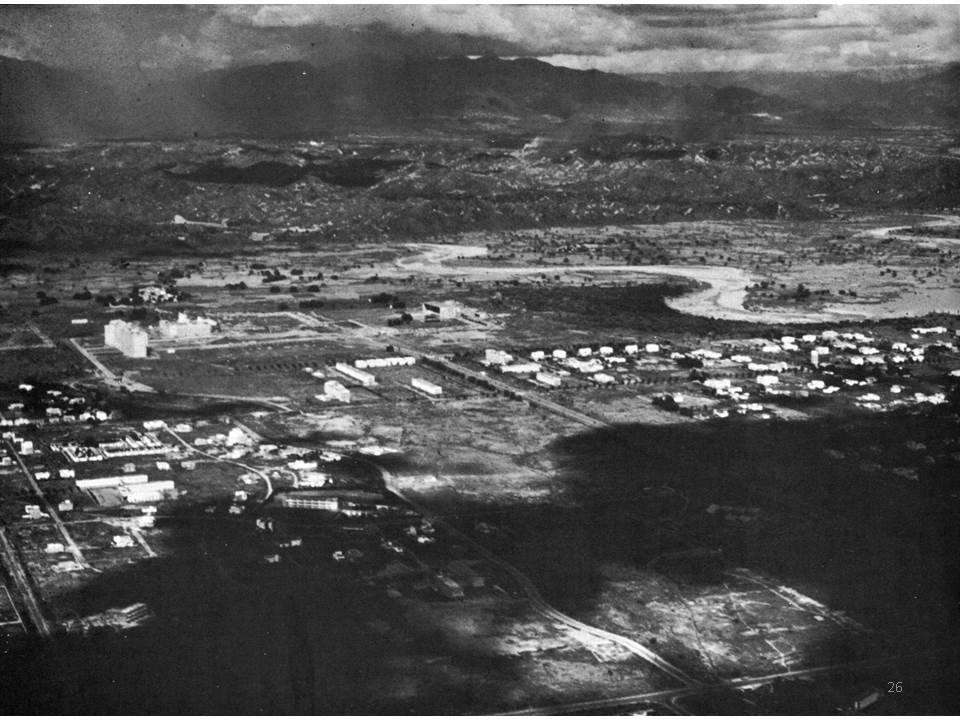 17. Punjab government drawing showing growth as planned, with innumerable opportunities for development all around Chandigarh. 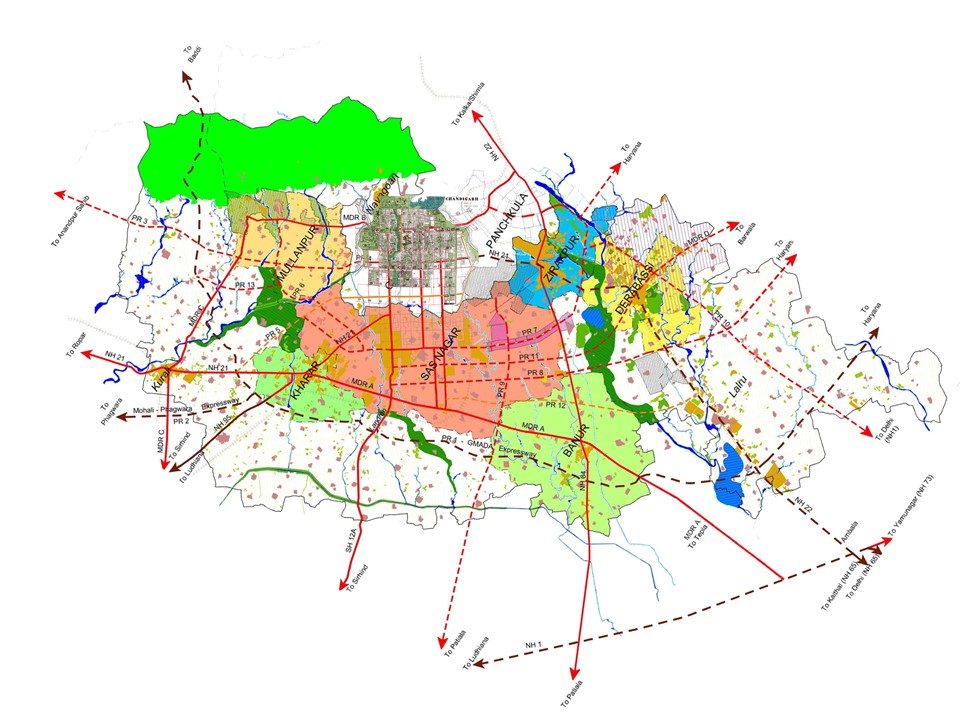 18. Le Corbusier in front of an Air India ‘Constellation’ aircraft at Zurich airport. 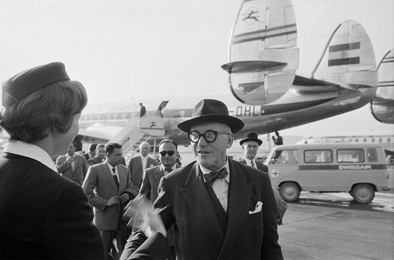 19. Letter from Prime Minister Nehru to then Chief Minister of Punjab Mr. Kairon on behalf of Le Corbusier – on the issue of the visual interference to be caused by the original proposed location of Chandimandir cantonment on the Shivalik Hills. 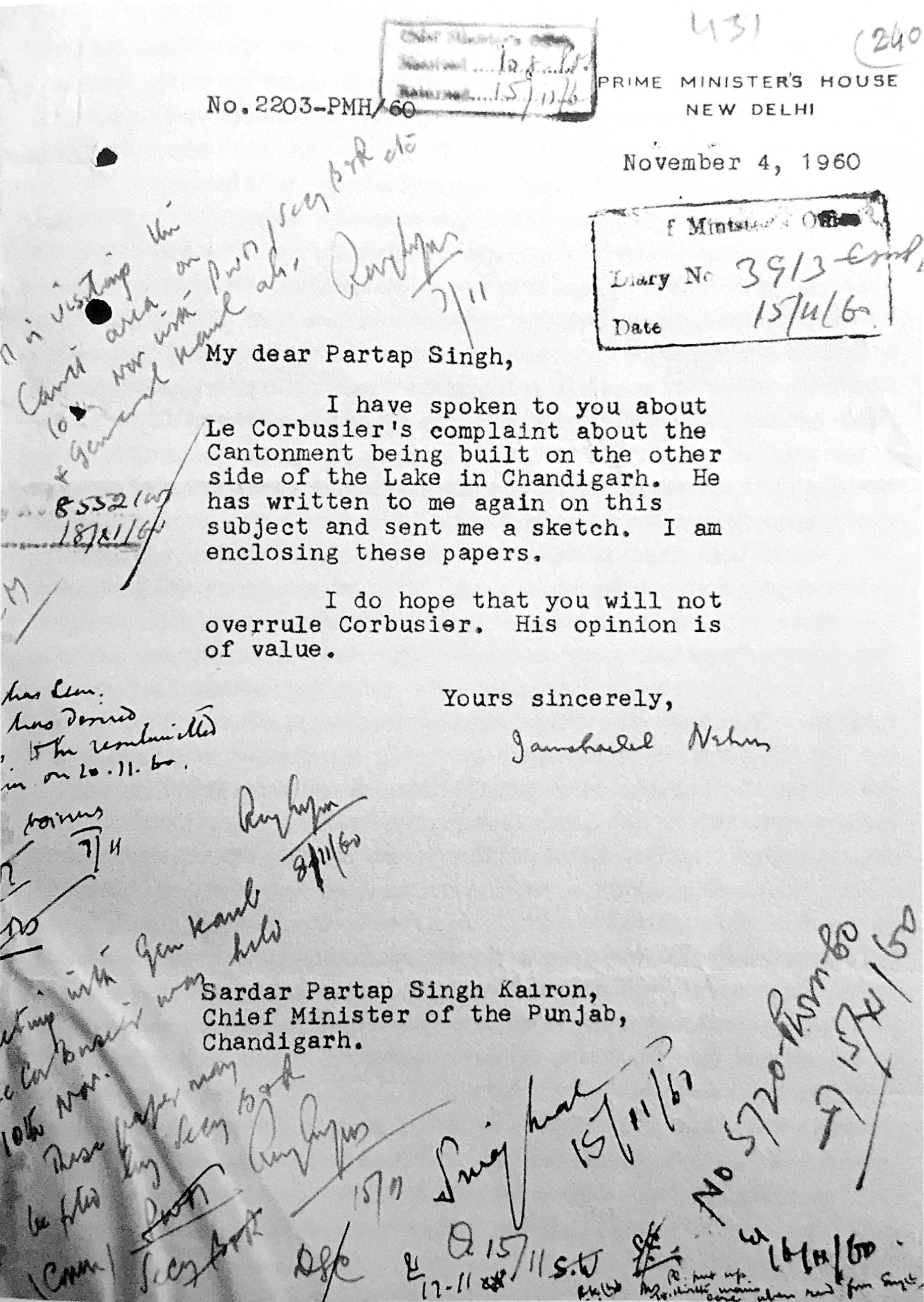 20. Letter from Le Corbusier to Punjab Chief Minister Kairon, on the cantonment issue, noting that the area around Sukhna Lake is a “sacred area”. 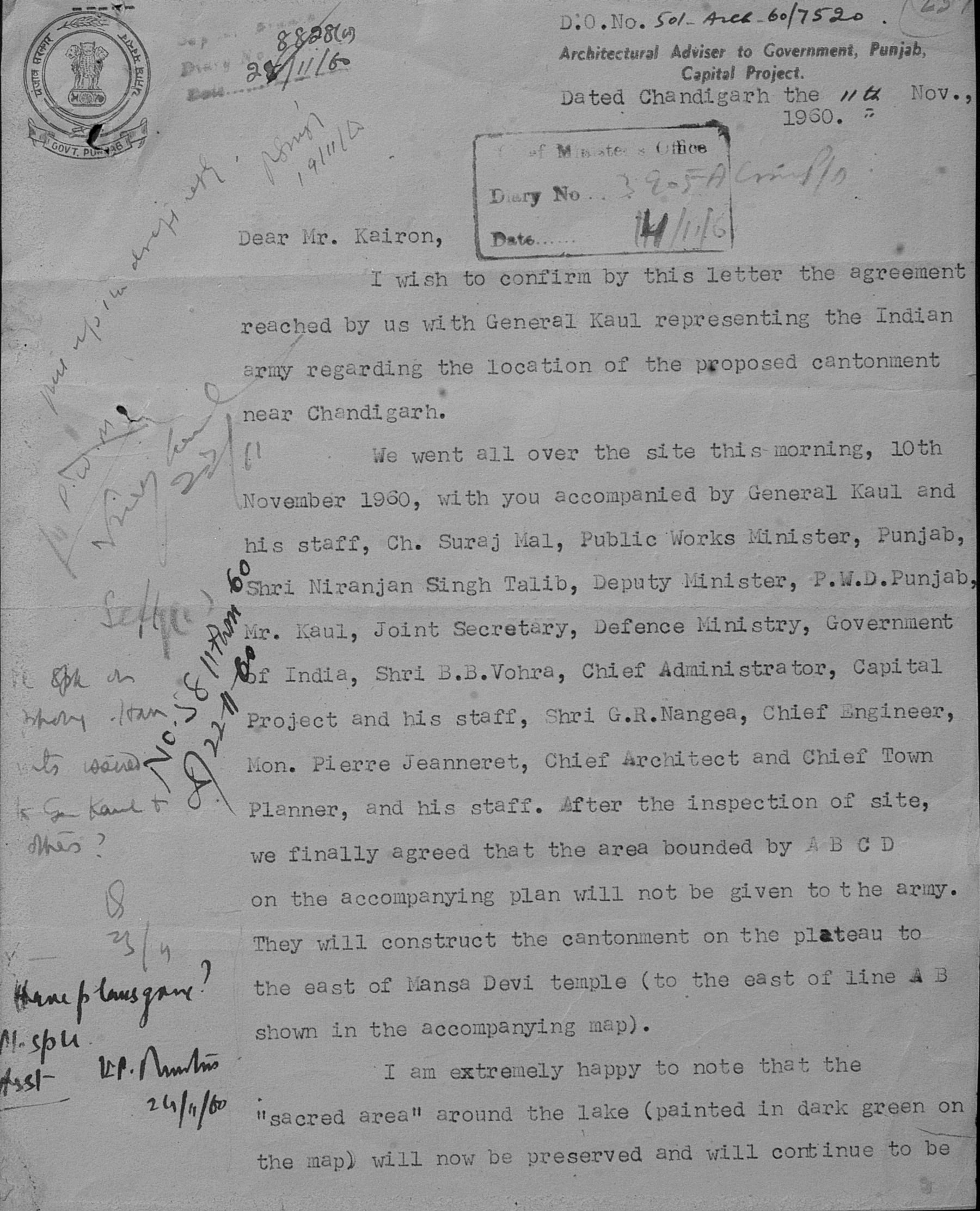 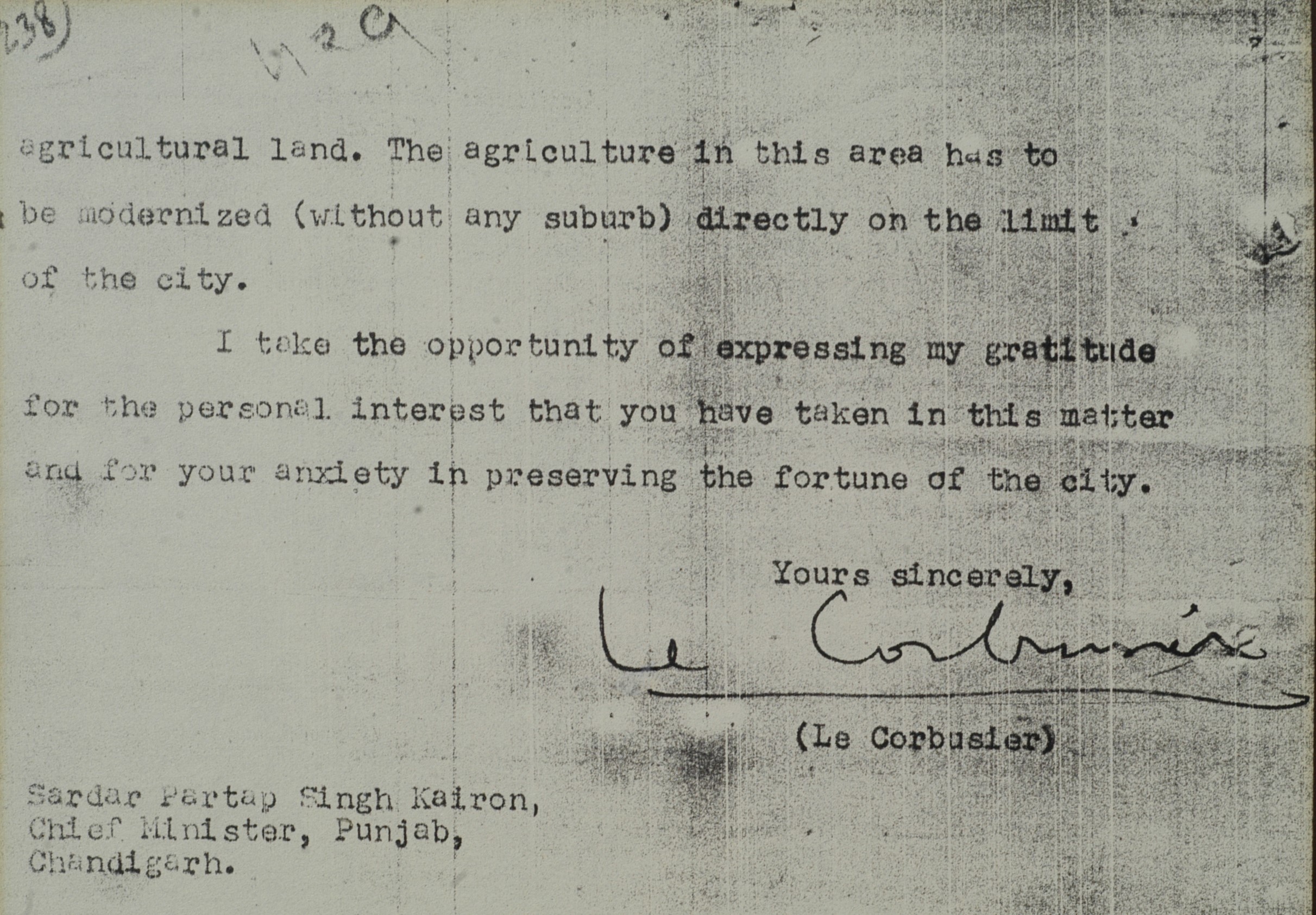 IF you encounter an error message while signing the petition, please contact me at savechandigarhcapitol@gmail.com. Thanks!