In this studio, Museum of Knowledge of Chandigarh was interpreted as a container of information and space for interaction – the City Archive. At the center of Capitol Complex existing elements on site were placed and arranged in new language originated from the idea of a playground – a contradiction of modernity and informality. The playground of Ruins focuses not only on creating a playful and lively space but also promoting a chance of discovery, accidentally lesson and nonlinear experimental site. 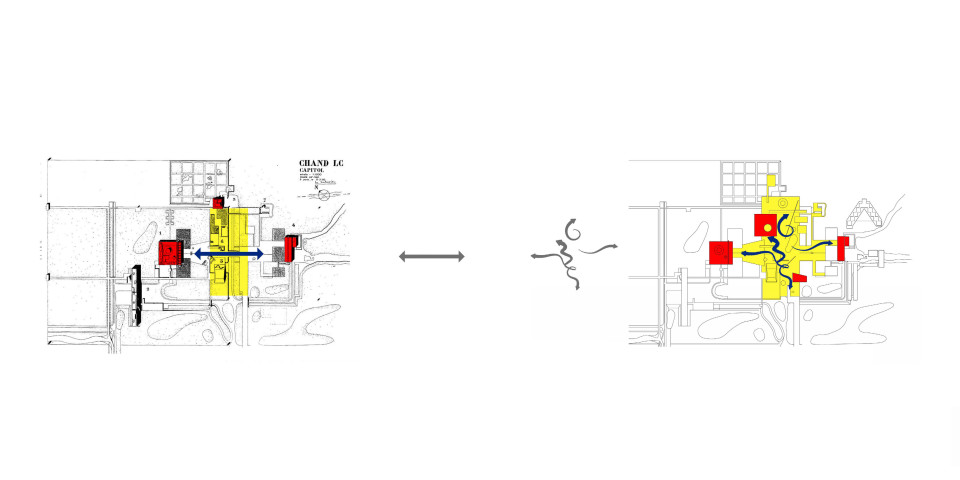 an introduction of informalities to the Capitol Complex 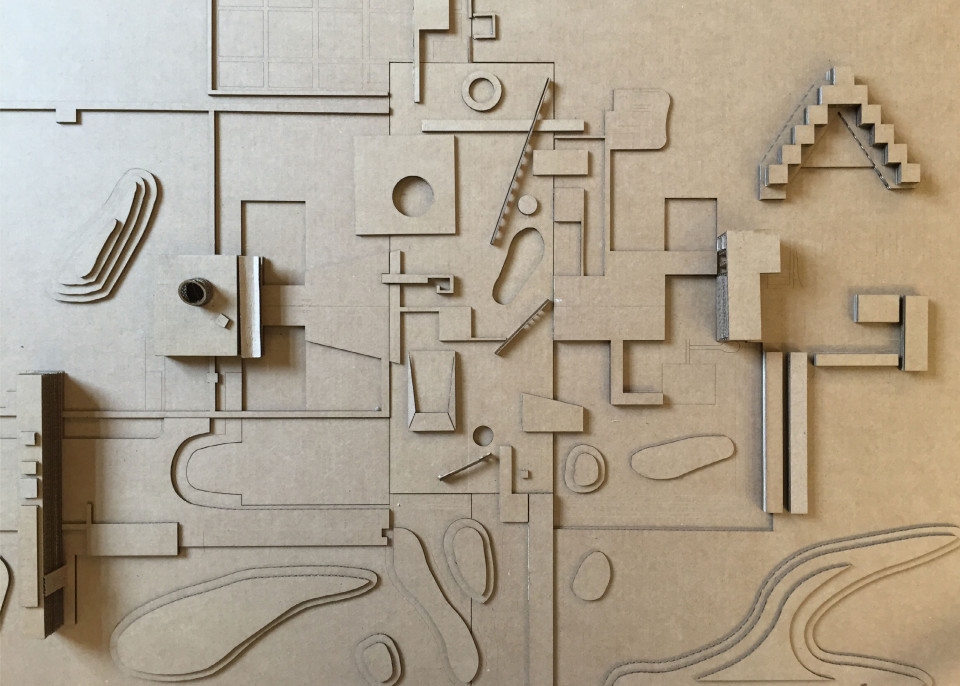 To bring life onto the Capitol Complex, a program was assigned through a process of creating artwork. Digital collage is a technique that has been used in this experiment. It challenges an objects’ form and how they could be translate to programming of the City Archive and the playground. 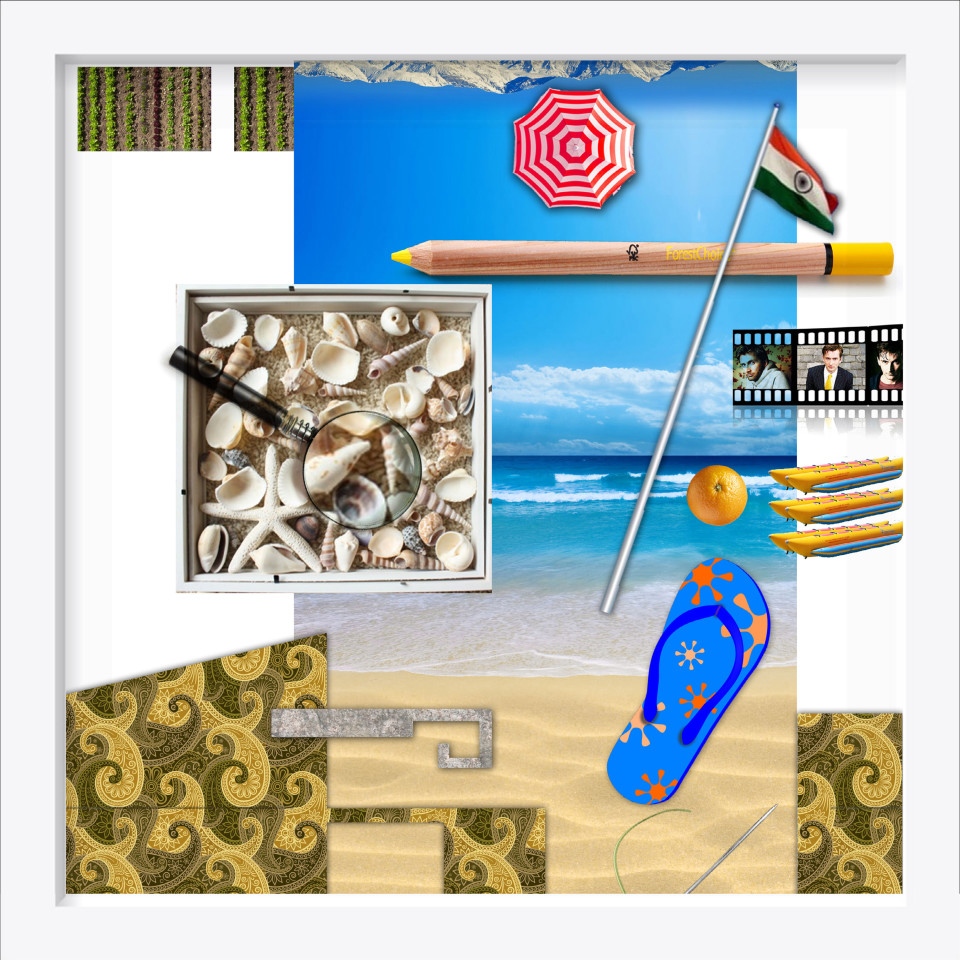 From pure shape to function, a program is given through a collage making.

The site program aims to encourage a daily public use to bring about social interaction in an exhibition of information and historical artifacts. It encourages public access and vibrant lifestyle of Indian. The program includes a building of City Archive, Historic wall, Mural art wall, outdoor cinema, dancing fountain plaza, cricket field, etc. 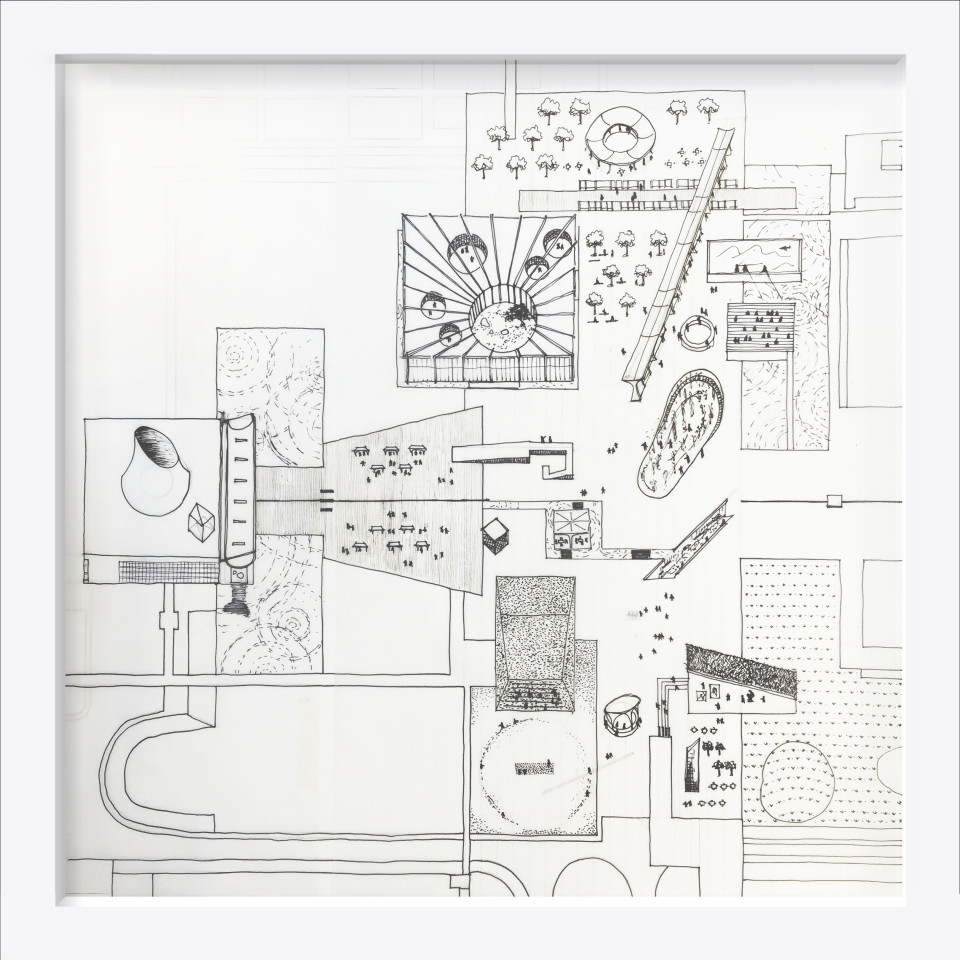 Elements from the collage were decoded to architectural representation and activities. 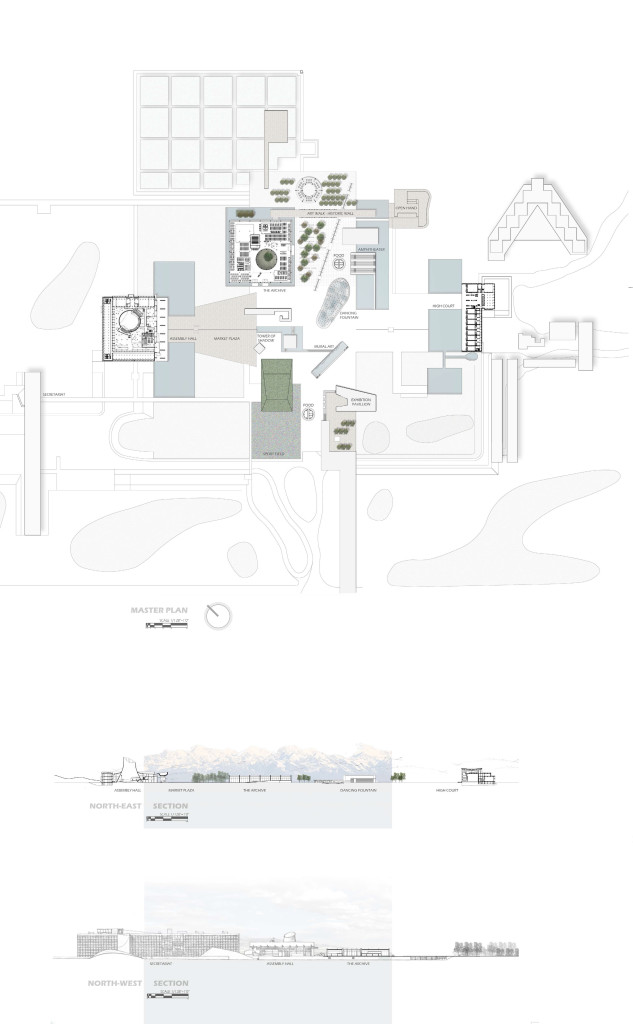 Situated between two main buildings in the Capital Complex, the introduced element were treated to be humbled and  grounded. For the main archive building, it imitated Assembly Hall but reverses a hyperbolic shell into negative space in the center of the Archive. Moreover, several shapes were composed in a frame of the archive and expanded in 3 dimensional  space. 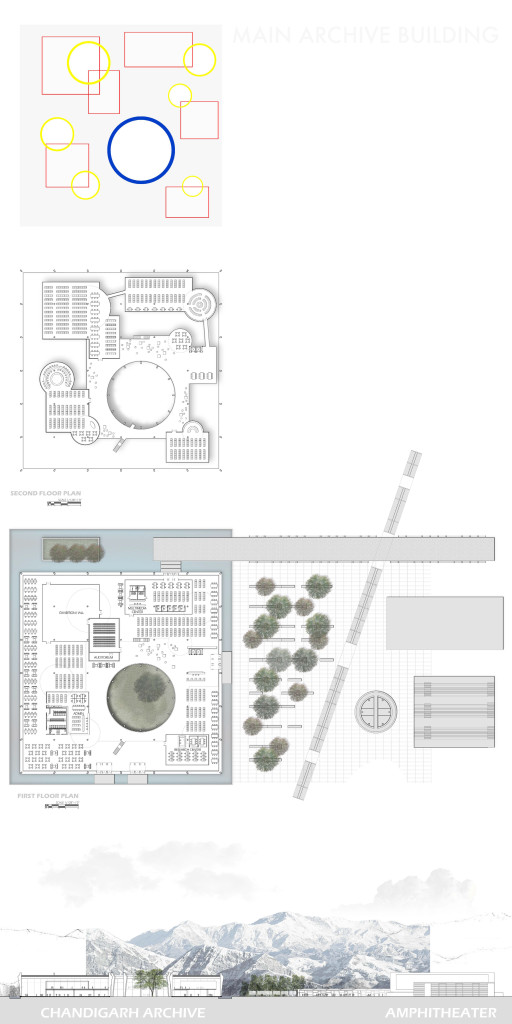