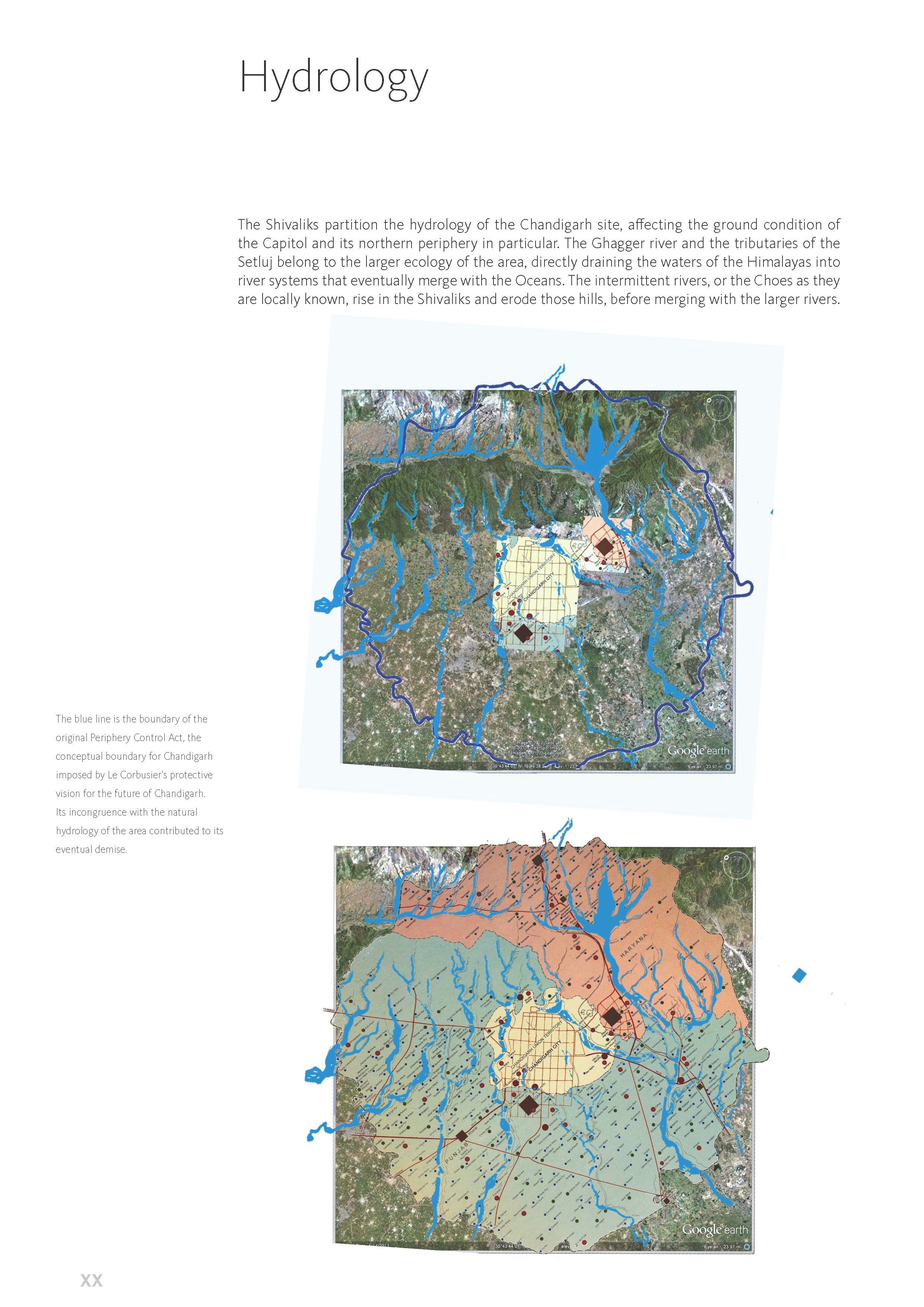 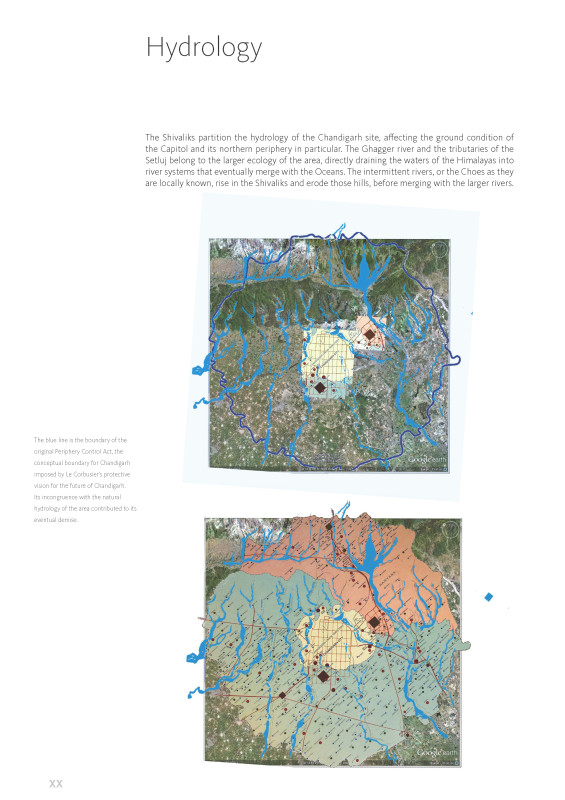 The Shivalik Hills partition the hydrology of the Chandigarh site, affecting the ground condition of the Capitol and its northern periphery in particular. The Ghagger river and the tributaries of the Setluj belong to the larger ecology of the area, directly draining the waters of the Himalayas into river systems that eventually merge with the Oceans. The intermittent rivers, or the Choes as they are locally known, rise in the Shivaliks and erode those hills, before merging with the larger rivers.

The blue line is the boundary of the original Periphery Control Act, the conceptual boundary for Chandigarh imposed by Le Corbusier’s protective vision for the future of Chandigarh. Its in-congruence with the natural hydrology of the area contributed to its eventual demise.